Devil. Dare to smash him

This book is the best revelation of our century: “A demon can be killed!” If it’s so, why does nobody discuss it?
Because all religions are under the devil’s subliminal control and have an implicit pact with him, like:
“I don’t reveal your weaknesses or talk about you, and you don’t wreck me.” This treaty was so actual that Jesus of Nazareth himself had to come to this planet to reveal it.
You can see how it’s worked out.
The meeting had been tense. The head of that legion was furious. He had come back from the meeting with his head turned into a frog’s face and much shorter.
They all knew that he had been demoted. And when that happened, someone would be sacrificed mercilessly. He inquired the responsibilities of each sector and each legion, raged, shouted, foamed.
As the new face changed his muzzle anatomy, his voice had also changed. It was thinner. It sounds so funny, fuzzy, weird… mortal. None of those demons under his command didn’t like him at all.
In fact, no one liked anyone there. In that same section, there were other platoons. Some of them were too big; others were tiny. There was the insecticide platoon, which was microscopic. They specialized in developing diseases and pests, and each platoon had its instructor.
It was common to have three or four refresher courses per year. At the end of each internship, they went to earth to practice everything they learned in the classroom.
This platoon was the riot and death squad, they weren’t the most specialized there, but they fulfilled their role well.
In general, their body measured sixty or seventy centimeters. They had thick fur and looked like a porcupine.
The legs were tiny, and the arms were twice as long as the whole body. They were brown, as they only caused riots; they wore no horns. None of them looked human. They hated that shape.
Usually, a long, pointed snout or tooth was distinctive to demons specializing in terror and death. They wore a face that resembled a theater mask.
They spent months training a new technique, a new psychological weapon, a new tactic.
The immediate leaders got promoted when they were efficient. Therefore were punished by their superiors when they failed. 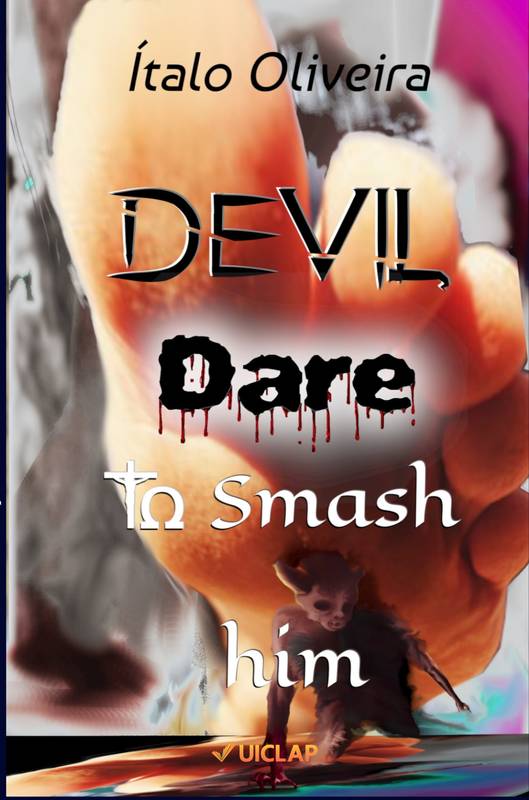 Devil. Dare to smash him